Tommie Haglund is considered to be one of the most interesting Swedish composers of his generation. His music has been described as “visions from other worlds” 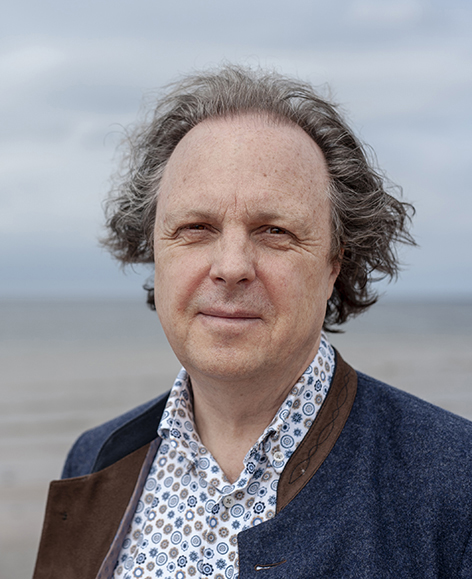 Tommie Haglund was born in Kalmar 1959, and started to compose at the age of eleven.

Having studied the classical guitar in London and at the Royal Academy of Music in Århus Danmark, he then returned to composition, taking private lessons with Dr. Eric Fenby (professor at The Royal Academy in London, also amanuensis to Frederick Delius and with the Swedish composer Sven-Eric Johansson Göteborg.

Haglund’s breakthrough came in 1988 with Intensio Animi premiered at the Concerthouse is Stockholm, commissioned by the Swedenborg Society to celebrate the Swedish theosophist Emanuel Swedenborg’s 300th anniversary. Since then Haglund has committed his life to composing and commissions has followed continuously, amongst others from the Swedish Radio with a portrait in Berwaldhallen featuring his music. Also to King Carl XVI Gustaf’s 50th anniversary.

Haglund is one of Sweden’s most individual composers with a philosophically founded hyper sensitive and colourful musical language that can make the listener feel an almost meditative intensification.

Flaminis Aura – BIS CD review: This is the kind of music that makes you believe there is a future and relevance for contemporary music… Unique and powerful music, stunningly played and recorded – a disc of the month and the disc of the year for me.

The Infinity of the Moment, the book about Tommie Haglund, will be launched in 2021

The fact that a Swedish composer devotes an interview [...]

Per Gessle and Tommie Haglund write music together

Per Gessle and Tommie Haglund write music together. Tommie [...]